I'm back!  I had a baby girl!  She's amazing!  We also moved back to Texas!  So much excitement! 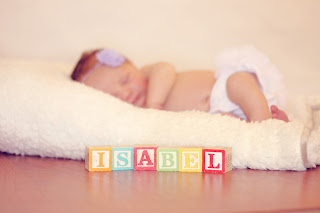 It was a rough year.  I'm not a good pregnant woman.  I get cranky.  And I sleep a lot.  Combine that with a three story townhome and I don't think I even opened my front door after six months.  (UPS guy knew to just drop it and go.)  Then, there was the newborn stage.  Also, not my best time.  Then, we moved across the country again.  We obviously are gluttons for punishment.

I had made a couple of maternity tops while I was pregnant, but I was so out of it I didn't blog them (obviously) or even take pictures.  Now, however, we are settled.  The newbie is almost nine months and we are settled in to our new rental home.  I can finally breathe!

As the mom to a new girl I was dying to make her something.  I've been Pinning lots of girl ideas.  For my first project I went with Smashed Peas and Carrots Little Girl's Crossover Pinafore.  It says it's for 6-12 months, but I was jazzed by the pictures of her daughter still wearing it a year later as a shirt.  My girl will be nine months next week, but is petite. 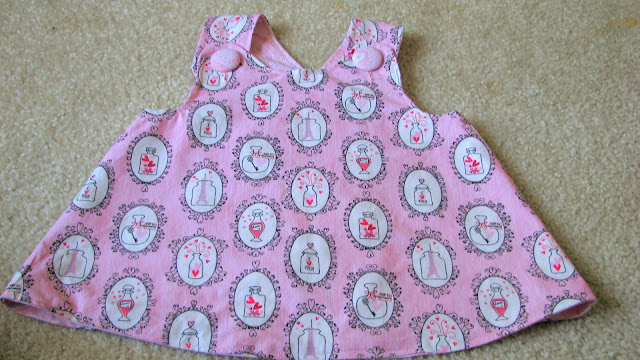 I bought the fabrics at Joann Fabric after Valentine's Day.  They are Paris themed. 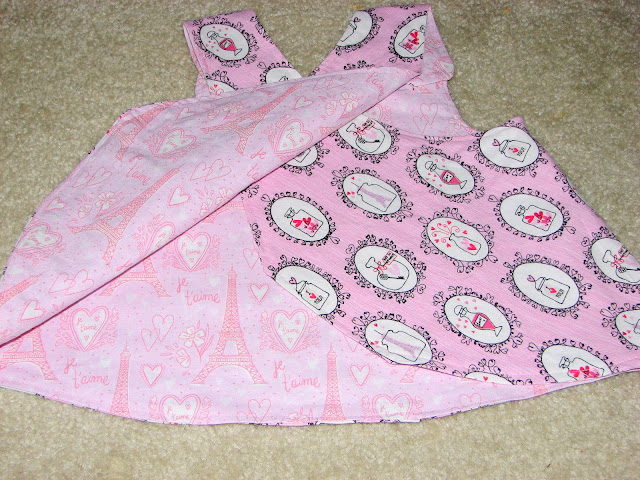 After I finished them I realized I need she was going to need bloomers to go underneath.  Not just any bloomers!  Bloomers with ruffles!  I went with Bella Bama's take on MADE's bloomers. 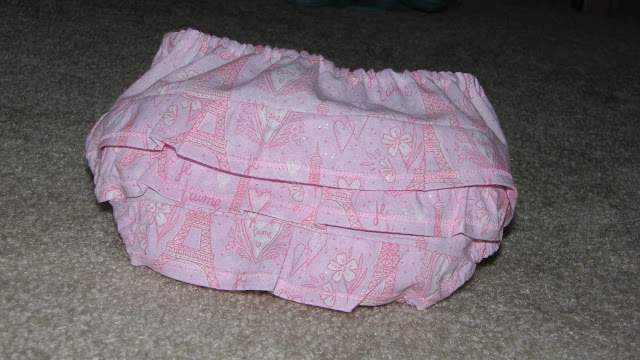 Unfortunately, even at nine months my little lady was still to small for them.

Thankfully, kids get bigger so I'm sure it will fit her soon.

Hopefully, this is the beginning of my return to sewing.  I already have something quick on the machine that, regretfully, need to be seam ripped apart and then re-sewn.  I'm confident it won't take me too long though.

Here's a parting shot of my youngest cutie: 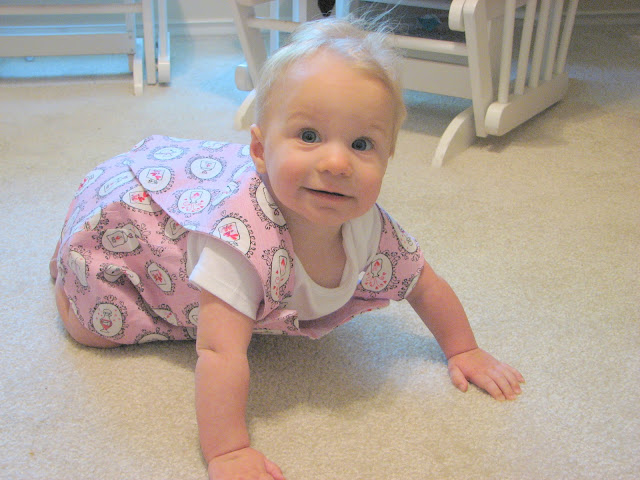